Can we please see Wolverine the Musical?

I’ve been on a musicals kick. It has everything to do with seeing Hamilton for the second time. I’ve graduated from listening to the Ham soundtrack on YouTube to listening to Hamilton radio on Pandora. You see, I was hoping for a nice roundup of Ham, Rent, Le Mis, Wicked, and all the other musicals that provide me with lyrical poetry to sing in the car on my hour-long drives into the city every week. 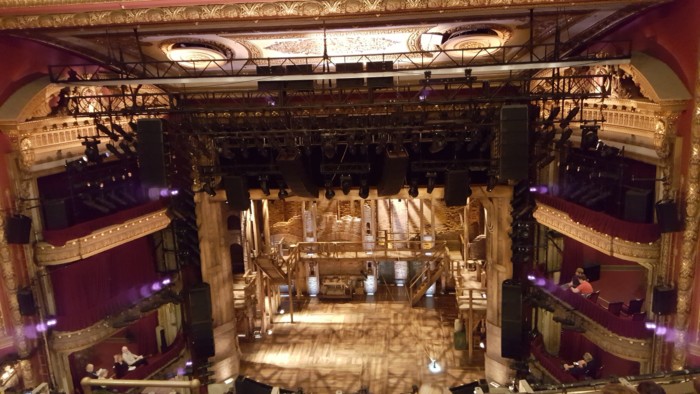 Pandora, for the first time since my Britney radio channel (which has been properly curated to play all 90’s and all my favorite party pop tunes), got it right.

So I’ve been jamming out. And it wasn’t a surprise to anyone that I wanted to spend my weekend watching musicals when no one in our house got any sleep because Brian had a software release (he was up until like 4 am working on Friday night), the puppy’s schedule was outta whack, and Chrissy needed to wake up at 2 am and 6 am on Saturday in order to successfully acquire (apparently not one, but two) stuffed Mickey Mouses that she absolutely needed. </second person>

I came home on Saturday from my mall adventure to pick up the Mickey and couldn’t fall asleep. So I popped in The Greatest Showman. And then Moulin Rouge. The next day, I continued the magic with Les Mis. Brian caught bits and pieces and said, “The music is kind of dull. It all sounds the same. There’s very little variation.”

I mean…I guess he’s not wrong, but I felt the need to defend one of the most epic musical tragedies, which I did to little avail.

A few days later, I was playing The Other Side from The Greatest Showman because it’s in my head, and when a song is in my head, I just have to play it. Constantly.

Brian looked at me, “See, this song alone already has more melodies and variation than the other show.”

“OMG. Brian. BRIAN! We need Wolverine the Musical. We just need it. How do we get in touch with Hugh Jackman?!”

So then, ignoring my brilliant idea (one that rivals my Captain America vs. Harry Potter mashup, he pulls up Deadpool the Musical, and despite Brian swearing he’s shown this to me, I’ve never seen this magic before, and I’m SO here for it. And Deadpool the Musical 2, which is even better. And it’s like my idea was already a thing and I didn’t even know it.

So, I thought I would share it with you. Because Disney owns all the good shit now. And you know how I feel about Disney. And parodies.

The Wolverine cameo is in here, and it’s perfect.

But I still think Wolverine could have his very own musical. Don’t you agree?