You are not alone

It’s hard to be light and funny when your entire Facebook feed is congested with posts stating, unapologetically, “Me too.” Some posts just two words, and others…others full tales of Harassment. Abuse. Rape. 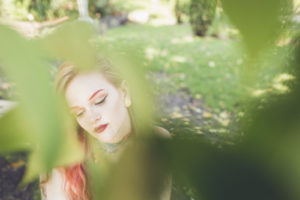 For those of you who haven’t seen it, women have been sharing stories on social media in solidarity with one another to show just how many women have been sexually harassed or raped. Spoiler alert: It’s a lot. We’re far from alone in these experiences. Which breaks my heart.

This is rape culture.

When girls and women know that what is happening is wrong, but it’s easier and sometimes safer to just brush it off or act as if it never happened. When we have to bring a guy friend with us to parties to make sure we’re safe. When we travel in groups to avoid confrontation. When we have to lie and say we have boyfriends to get men to leave us alone. And when that doesn’t even always work. When we break up with someone in a text or ghost them because we’re afraid of what they’ll try to do. When we let someone say inappropriate things to us and feel the need to smile and giggle even though we feel dirty and exposed.

It’s the little boys who chased me and looked up my skirt when I was just a child.

It’s the teen boy who directed a video camera into my bedroom window.

It’s the teen boy who exposed himself out his bedroom window.

It’s the guy at the teen dance club who kept coming up behind me, rubbing his junk against my backside, no matter how many times I moved out of his way.

It’s the bartender that always looked me up and down, appraising my curves and licking his lips as he told me how much he wanted my 18-year-old self.

It’s the man who blocked my car in a parking lot to ask me out and didn’t move until I made up a boyfriend who wouldn’t like it.

It’s the stranger who relentlessly offered to father my children because he liked my blue eyes.

It’s the man who, on the first date, asked if I had hangups about sex when I responded to his continuous begging and pleading with a broken record “no.”

It’s the man at the karaoke bar who belittled me when I told him I didn’t want to date him. Seven times.

It’s the man who flipped out on me in a restaurant parking lot when I wouldn’t go home with him after a first date.

It’s the man I was dating who took pictures of me while I was asleep, naked.

It’s the man who told me I owed him when he couldn’t finish because of his own drug addiction.

It’s the man I told no, who did it anyway.