That one time I dressed like a Backstreet Boy

I don’t mess around.

So let me give you the back story. In 2010, I was the President of the Lombard Jaycees. You may remember my previous tale of whoops, I screwed up and didn’t read the fine print when I was president. (BTW, I finally figured out how to acquire the video, so I’ve updated that post as well if you’re interested in more videos of me making an ass out of myself.)  This story is kind of like that. But not at all.

So, I was a cocky son of a bitch when I was president. I had a plan. A plan to be the best in the land. And I made a bet with the National Treasurer. He bet me that I couldn’t increase the membership in my chapter by some random number. And my best friend, Ally and I said, “Screw you, we can TOTALLY do that. When we win. And we will. You will owe us the best cheese party in all the land.”

And so Treasurer said, “Ha! Silly proud ladies! You will not win. When you do not win you shall dress in drag (well, the girl version of drag. So you will dress like boys. And dance. And it will be hilarious.)”

You see, Treasurer had previously lost a bet in which he had to dress like a lady.

I’ve actually experienced this several times in my life. I’m really good at hanging out with people who do really crazy shit when they lose a bet. Note to self: Must find video of different guy singing to Chicago soundtrack in ladies clothing.

Of course, I didn’t really realize how much of a toll student teaching would take on the last 4 months of my presidency or my life for that matter. And we lost the bet.

But Ally and I are good sports if nothing else. And if you haven’t figured out my love for the limelight yet, you’re not keeping up.

So we scavenged Goodwill stores across Chicago land on the hunt for: puffy vests, rip away pants, and muscle shirts. Then we got some giant temporary tattoos from a vending machine, and taught ourselves how to dance.

As we made our way to the year end conference, we were made aware of one thing. The social/mixer where we would be showing off our moves? Was definitely now open to the public. In years past, it was just conference attendees–Jaycees only. But they hired a fancy band to play and were letting the public come on in. So there were going to be a few extra sets of eyes on us.

So that night, after a formal banquet we ran to our hotel room to change. 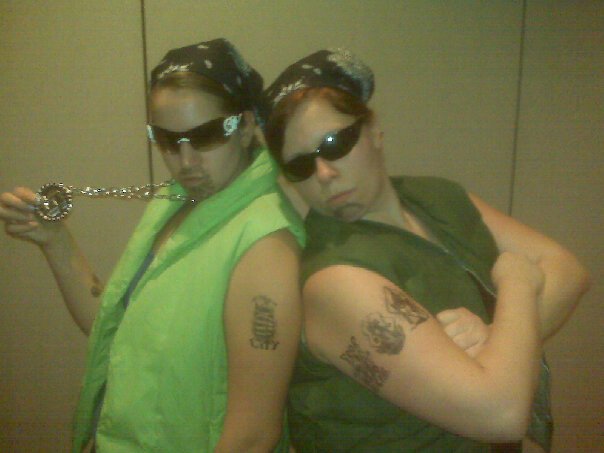 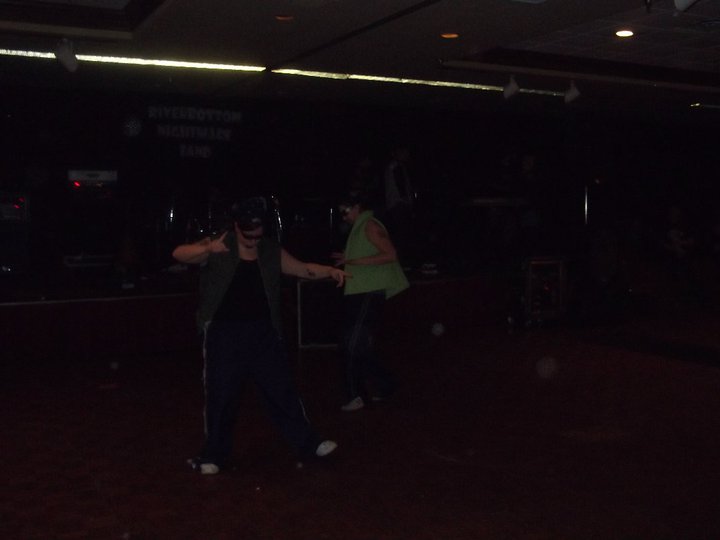 And then we danced our little hearts out. To a crowded room full of people. Some strangers. Some friends. And we rocked the SHIT out of that place. And I FINALLY got a hold of video proof that it happened. And that we were sort of awesome.

Afterwards, Ally and I had our own cheese party in our hotel room. Because life is just plain better with cheese.

Blog Friends, have you ever lost a bet? Did you ever have to publicly embarrass yourself for funsies? What did you have to do? Am I alone in this one?