Not that this should surprise you or anything. I’ve always had a penchant for troublemakers. Even when I was 12-year-old misfit, I knew how to find the most entertaining kids.

So last weekend, when I went to a bridal shower, it was no surprise that I found myself at a table of instigators.

You’ll note that even the bride commented on “guiding us” to a table in the back (near the cupcakes, so we weren’t disappointed or anything).

We were tasked with writing notes to the bride on rocks. I love it when people get all Pinteresty. Of course, we had to steal all of the paint pens from all of the tables, so that we could write simultaneously. This was important business.

It was also important business to steal an extra rock off the only empty seat at our table…and write an additional note. “I wasn’t invited, but thanks for the food!” I truly have fantastic, brilliant and hilarious friends.

This was especially true when someone sat down at the empty seat at our table…and we needed to find a rock for her. The bride’s sister was less than impressed with our mad skill. She was also unwilling to let us sneak the bonus rock onto a different table. I can’t say that I blame her. We weren’t very sneaky.

After a few fart jokes…and a story about peeing…(Remind me to tell you guys that one, because of course, the pee story was MY story.) we got to the nitty gritty of troublemaking.

Because the present-opening part can get…well you know how the present-opening is at showers. We needed to be entertained. And DELICIOUS cupcakes can only hold a table of gals for so long. Especially when there are like…10 more cupcakes without tummies to find a home in. That we couldn’t possibly eat.

I, in an attempt to be sophisticated, ordered tea instead of coffee. They had a great selection of options, but I went with black tea so I could be super fancy and enjoy it Irish-style with milk and sugar.

Another girl at the table ordered an herbal tea, chamomile, I think, so we could be fancy together.

At the arrival of our hot beverages, the other girl thought it would be an excellent idea to also add milk to her tea. Because we were being fancy.

Unfortunately, after adding lemon and sugar and milk to her tea, we discovered that chamomile tea was not so good with milk. In fact…it curdled.

Instead of just…fessing up or ignoring it…we needed to fix the problem. Or at least hide it. Because that shit was nasty. So another girl at the table (the same one who showed up to a place setting without a rock–she was a real sport!) ordered another hot tea to replace the curdled one.

Once it arrived, we played a little game of bait and switch in which we poured the curdled tea into my empty tea pot (I had already refilled my cup), closed the lid and moved the curdled mug to the center of the table. And no one was ever the wiser. Until the teapot got to the dishwasher, I’m sure. Because that shit really was nasty. 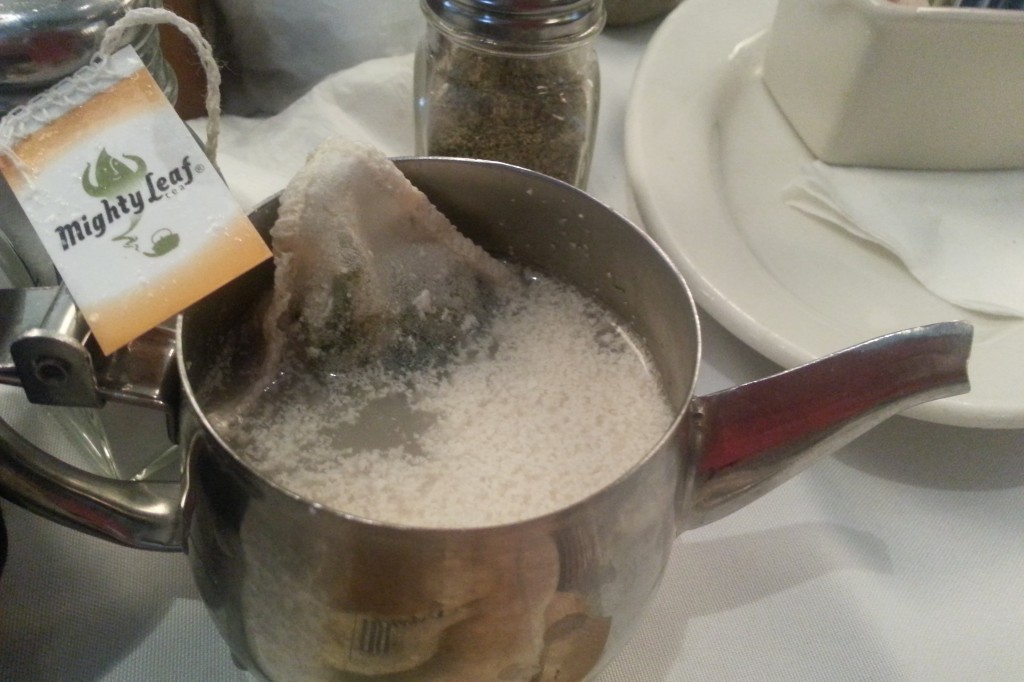 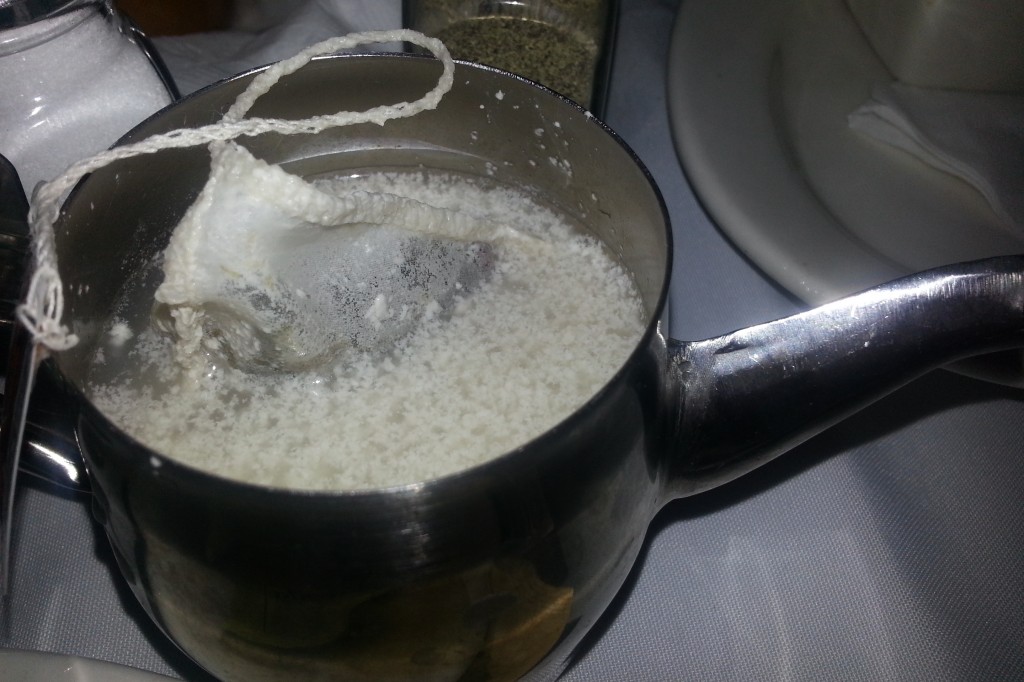 Of course, we all thought that we had just learned something about tea and milk. Black tea with milk good. White tea with milk bad.

Except that we were wrong.

After some Google research, I learned that the LEMON was the curdling culprit. Not the tea.

Are you a troublemaker? Do you find yourself giggling more than anyone else at a bridal shower or baby shower? Tell me about a time you did silly things when you were supposed to be a grown up!