Things I Did Last Night Instead of Writing

Last night, we arrived home late from our adventures in Indiana, where we played games late into the night, ran into the people we knew with more regularity than one would expect at a convention of more than 60,000 people, and did not run into Wil Wheaton. Again.

I can’t tell you quite how many times I bumped walked into people, displays, or walls because the tally was relatively high this year, but I did get hit on by the early twenties-ish guy that sells nerd robes and dresses (girls are in short supply at these things). I  also had the pleasure of lunching with the lovely Chris Dean yesterday, who made the trek to hang with us! 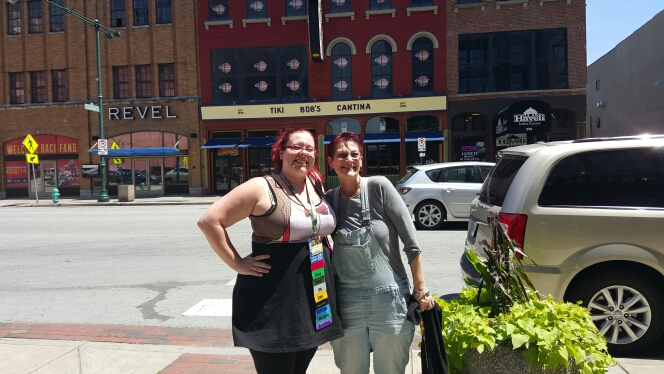 I had planned to get home, go to a party, and then come home and write. There’s something to be said about the best laid plans…

We got home a bit later than expected as I managed to win a badge for next year’s GenCon (my lucky streak has lasted most of the summer…I’m thinking I should buy a lottery ticket or head to the race track or something) and had to buy just one last game before we left…I’m  not going to lie, seeing people with huge stacks of games made me jealous as fuck, even though our stack was no small potatoes…

And so we were too late to get to the party on time. I thought, Okay…I’ll pop the games, and then do a little writing. And Brian thought, okay…I’ll just do a little napping, and then eat some food. But before his nap he went to the basement to turn the water heater off vacation mode. And this is when our evening plans changed.

Uhh…Chrissy? We have a problem.

I’d heard this tone before…

And I started thinking of house emergencies we’ve had since purchasing the house, like the time the humidifier flooded our basement just a couple of weeks after moving into the house. Or the time our roof leaked into our master bathroom. Or the time water seeped into the basement. Homeownership. Ain’t it grand?

Like deja vu, we discovered that our air conditioner was leaking around the furnace area, which was exactly what happened when the humidifier flooded. Something was clogged and the water in the PVC pipe was producing a stead stream on the floor…where all my seashells, sand dollars, starfish, and urchin were collecting dust.

Now, I realize that I should have boxed that shit up months ago…but they were out of the way enough that they weren’t really bothering us…and so they ere soaked. All the time I had spent cleaning them and alcoholing them and drying them was wasted, as a light odor of dead seastuff wafted through the basement.

How to Temporarily Fix a Leaking Air Conditioner 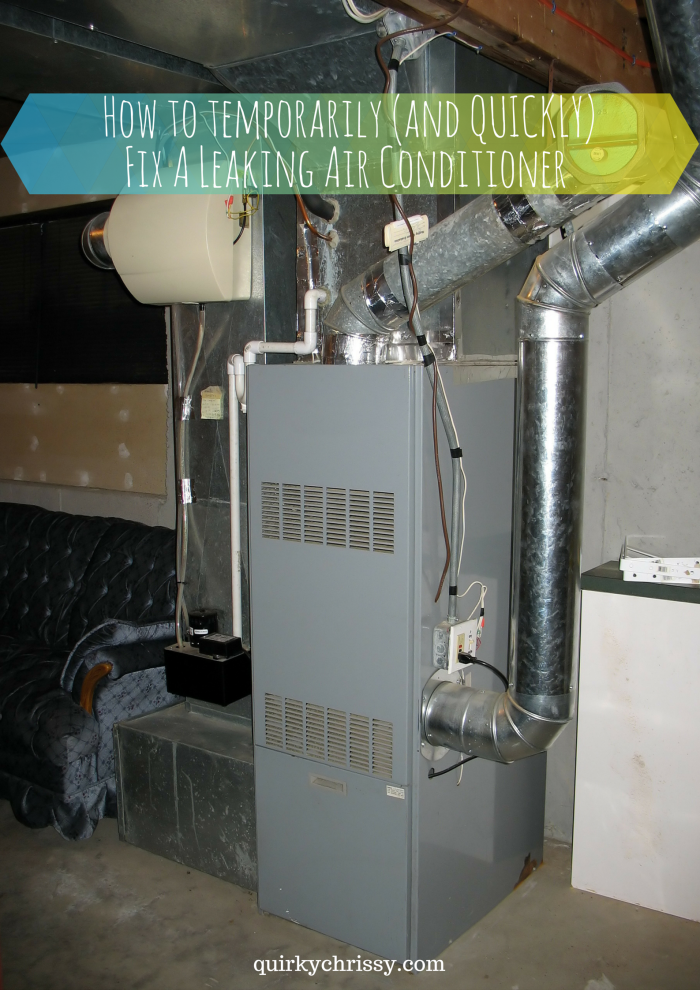 Please note, I am NOT a professional. I’m an impatient humorist and an improvisor who believes that first world problems require immediate solutions…and this is just what we did so we could sleep without the humidity and allergens from the outside world suffocating us. We plan on actually fixing the problem this week.

Step 2. Let your boyfriend mop the floor because you really hate cleaning.

Step 4. Decide on a quick fix so we don’t end up sleeping in the basement for the cool air.

Step 5. Head to Home Depot before they close(we had about a half hour window) and pick up a plumber’s snake(my question to Brian:
“Will this also pull my hair our of the shower drain?”
“Yep.”
“Get the long one.”), tubing, and duct tape (this is not to say that we didn’t alread have duct tape in our house…I just didn’t want to waste my mac and cheese Duck Tape on boring plumbing stuff).

Step 6. Decide cooking and eating in an unair-conditioned house would be a bad idea, and sit down in Qdoba instead.

Step 7. Return home and replace tiny plastic tube leading from air conditioner to PVC pipe with long tubes duct taped together that deposits trickles of water directly into drain and tape that shut to the wall.

Step 8. Turn A/C back on.
Step 9. Let your boyfriend finish mopping the floor.

Step 11. Check tubing before bed and upon waking up.

I finished the night by popping all 20 games and promos that we acquired this weekend, because nothing is more exciting than the smell of a freshly popped and organized game.

What house emergencies have you dealt with? How would you handle a major problem when your brain is fried from four days of intense usage(on our case, gaming)?