I have returned from Indianapolis with about 10% of the games and things that I wanted to purchase (while still finding a few gems and winning a few sweet freebies.)

I can’t wait to pop these babies, ESPECIALLY the Firefly expansion. Of course, I also can’t wait to have a house to display my ridiculous game collection in one beautiful game library so I’ve decided this is the week we’re going to find our house.

All that aside, it’s time for the Gen Con recap.

We, along with 50,000 or so other nerds, geeks, and gamers, descended upon Indianapolis for 4 days of unadulterated gaming. 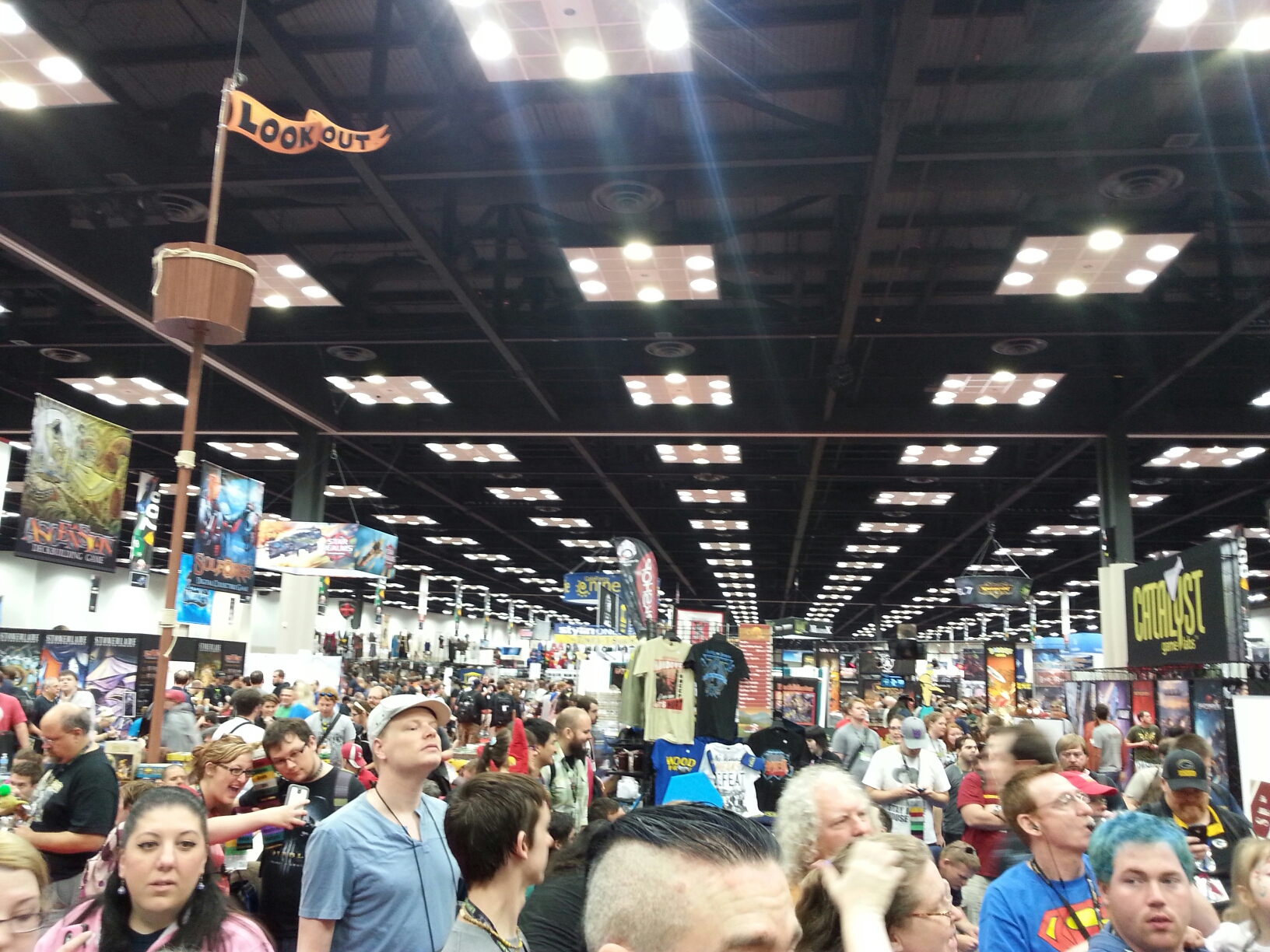 What I wore to Gen Con

As with most nerd cons, it’s important to show off your finest geekery. I opted for two days of total geek chic and two days of comfort. Yoga pants dominated on the days that involved driving. But I’m pretty proud of the two full days’ ensembles. 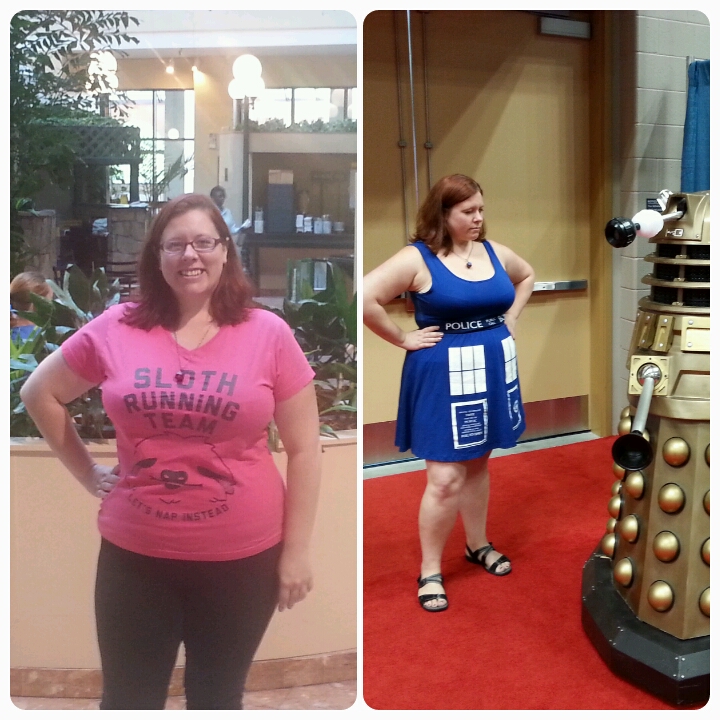 On Friday, I busted out my brand new sloth tee from Spreadshirt. This shirt was sent to me so that I could tell you how awesome they are. I was actually super impressed with several things that Spreadshirt printed shirts had to offer. First, the collection of tees and designs are pretty vast. I went to the site looking for the perfect shirt to wear to Gen Con. I knew I found it when I saw the big happy sloth who definitely doesn’t run.

The shirt took just a few days to ship – two to be exact. Unlike other make-your-own printed stuff sites, I received this shirt in less than a week from the shipping date. Just in time for Gen Con.

The best part about Spreadshirt was the customer service. Each step of the process came with an e-mail letting me know when my shirt would arrive and I received a final feedback request that felt personalized. It was a great experience.

As far as the shirt? I ordered a woman’s V-neck XL. I would order a different style/size next time, as I felt the shirt was a little short for me. Otherwise it was comfy and soft. And got a TON of compliments from other gamers.

As I scoured the mall looking for another tee to wear, I stumbled across this dress that pretty much made my day. And FIT ME.

Upon entering the con that day, I immediately found my Dalek foe and went to wreak havoc on him for existing. Unfortunately, there was no chatting with a Dalek this year.

I did think it was super interesting, as I had never been in one place where so many people were wearing the exact same thing as me (and I went to Cheer Camp!).

Man! How cool would it be to be as cool as Wil Wheaton?! These are just a few things I saw: 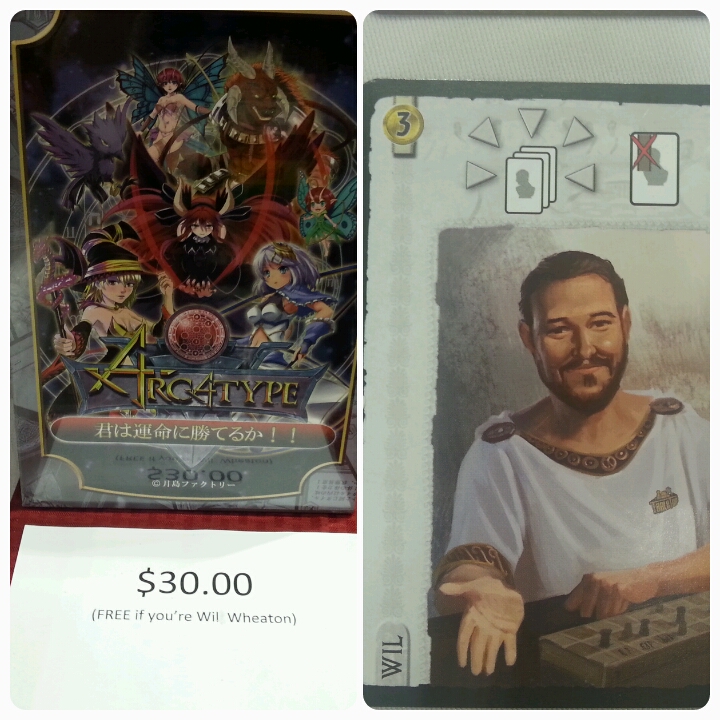 I failed to purposely accidentally run into him again, but I think I’d be so nervous if I did, I wouldn’t say anything at all. 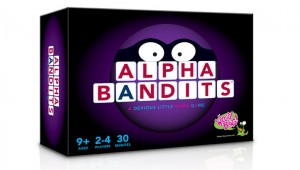 This game from Wiggity Bang Games  was just funded on Kickstarter last month. I love the colors of the tiles, but the play of the game is really fun. It relies on creating words for points, but also sneakily changing up your opponents’ words and ending the round to garner the most points. It’s a really great word game for anyone who loves them some Scrabble/Words With Friends. I actually have a demo print and play version of the game already, but it’s still on my list of to-buy games when it comes out in a few months. Especially since this wordsmith kicked the game designer’s butt in a demo game!

Of course, because I beat the designer, I won a different game from Wiggity Bang games, Mad Quao (which I also got signed by the designer). I’ll let you know how it goes.

Seven Wonders with the upcoming expansion

I love this game as a stand-alone game or with its current expansions, and I really enjoyed playing one part of the new expansion. Each of the add-ons in this expansion offer help and hindrances depending on how you play your game. The one we played added a group card that everyone needed to work together to achieve. With a success, everyone who helped received a sweet bonus and with a fail, anyone who didn’t help was punished (in the game people!)

Run for Your Life Candyman!

Oh. My. God. You should probably own this game. The premise is Candyland. But with the added slogan of Smirk & Dagger Games, “Games are a lot more fun when you can stab a friend in the back.” And it’s amazing. We played in a 2-hour tournament game at 11:00 pm. What made this especially fantastic was the gingerbread cookies and food coloring gel.

You can watch as my cookie, Taunty, slowly loses every part of himself. Playing this with a group of strangers was surprisingly awesome. We had a fantastic group and Smirk & Dagger makes this an amazing experience with their enthusiasm and super fun game.

We spent most of the game in a candy cage match where we basically just ripped at each other until everyone had someone else’s candy limbs. It was fantastic.

There was SO much more, but I figured all you needed was a small glimpse into this year’s Gen Con experience.

Have you ever been to a game or comic con? What’s your favorite board or card game?

One of the good moments. The moments that remind y

I will shamelessly admit that free samples are one