Felt Up By a Minion and the Objectification of Male Models

The BlogHer15 Closing Party was something of a shit show.  By that, I mean,  I was hungover from the night before and felt like shit, and there was quite a show. 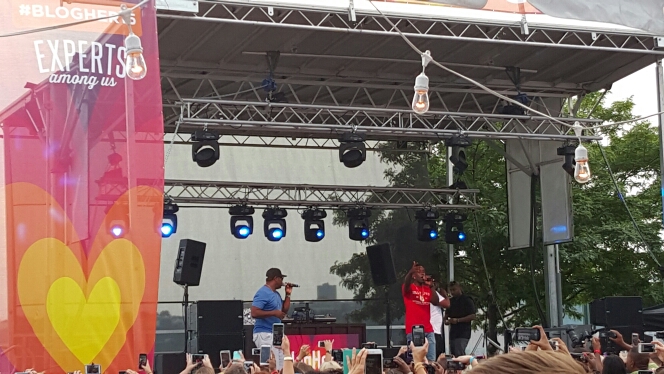 Sure, BoyzIIMen stopped by for a 3-song set. When song three played and it wasn’t Motown Philly, I was ready to start throwing things. But they appeased me by rolling right into a fourth number, Motown Philly for the win,  without me needing to throw things or beg for an encore.

And yes, Nick Cannon (and I’m still not entirely sure who he is) tore up the house with mostly decent tunes. I didn’t dance all that much (but I was out on account of back pain).

And then there were the minions. They showed up to party with the bloggers, and boy did they get fresh! 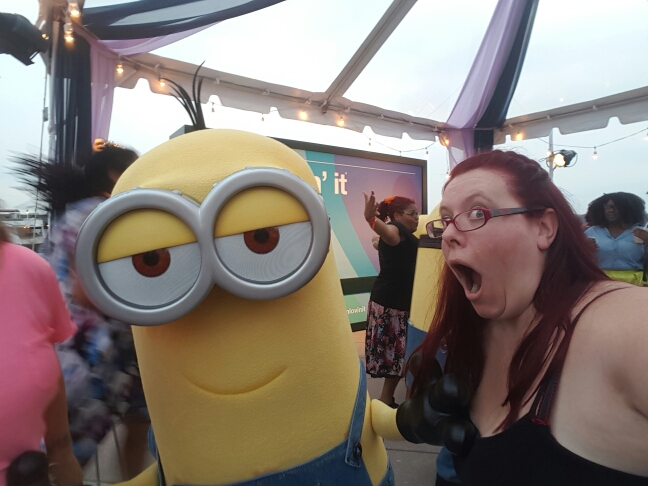 But the real stars of the McDonald’s show at Pier 84 in New York were the dozens of male models Mickey D’s hired to serve us chicken nuggets and cheeseburgers. 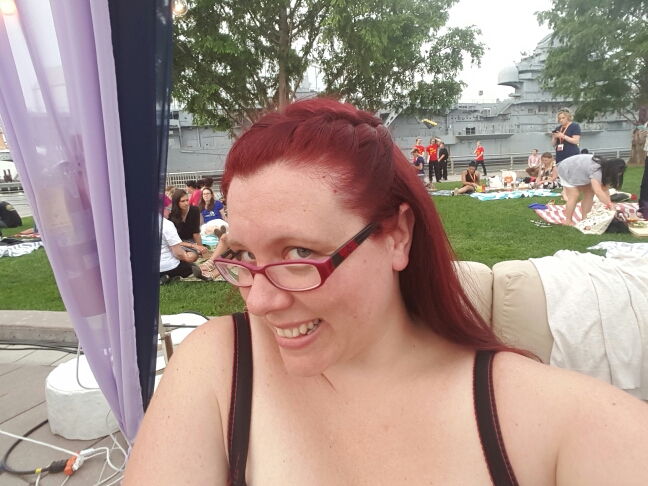 About 30 minutes into the party I started noticing that every single server was a dude. And almost all of them were totally attractive dudes. Sure they were young, and made my “29” years seem older…but they were pretty. 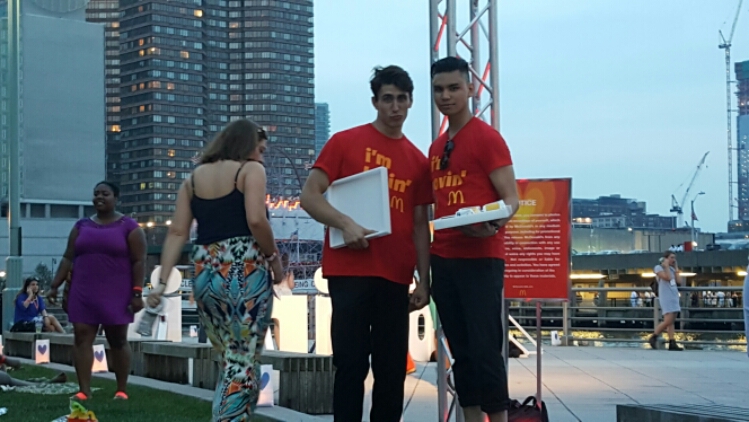 I mentioned this to some of my friends…and they all looked at me like I was nuts.

Wait, Chrissy, you mean you DIDN’T notice this right away like everyone else?

Well, no, guys. I didn’t.  Upon entering this party, I was on a singular mission,  and that mission was chicken nuggets. I was thinking with my hangover. By 9 pm, the hangover had lifted like the morning fog, and this party took on a whole new world.

A world that involved a lot of ridiculous photography of male models in McDonald’s tee shirts that read I’m  Lovin’ it. 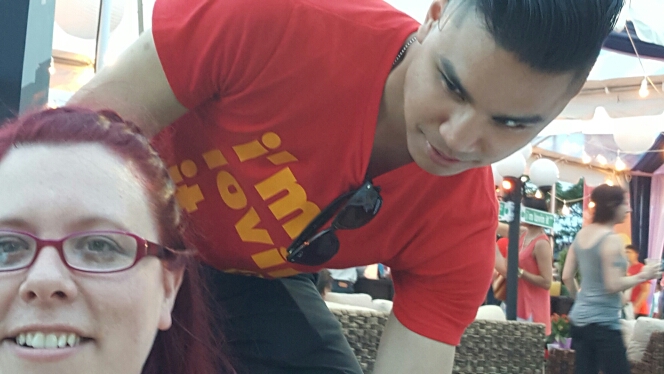 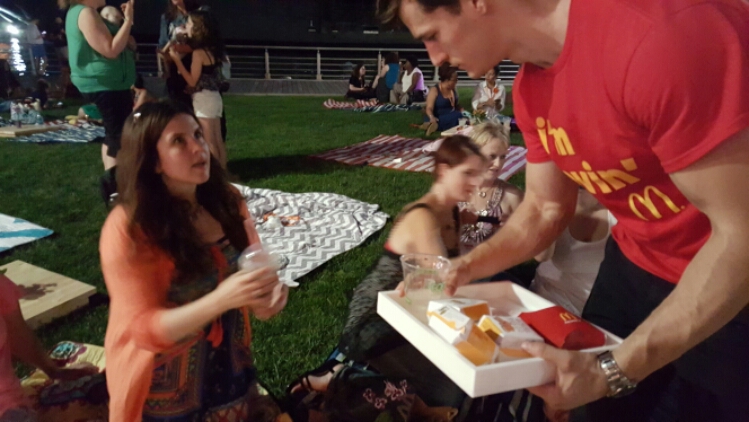 When I realized what McD’s had done, I was almost afraid to say anything for fear of this being something other than politically correct. And then I didn’t care. Because nothing goes better with chicken nuggets than hot dudes.

They served us food and drinks, removed our trash, and brightened our evening for the one of the best closing parties this girl’s ever been to. I hung out with old friends and new, and reveled in the party at the pier.

The dudes were like the happy meal toys, and I wanted to collect them all. So before the party ended, I raced around the event searching for the servers. It was indeed a happy meal.

And so it was that McDonald’s made nuggets and cheeseburgers sexy by serving them with a side of hunk. 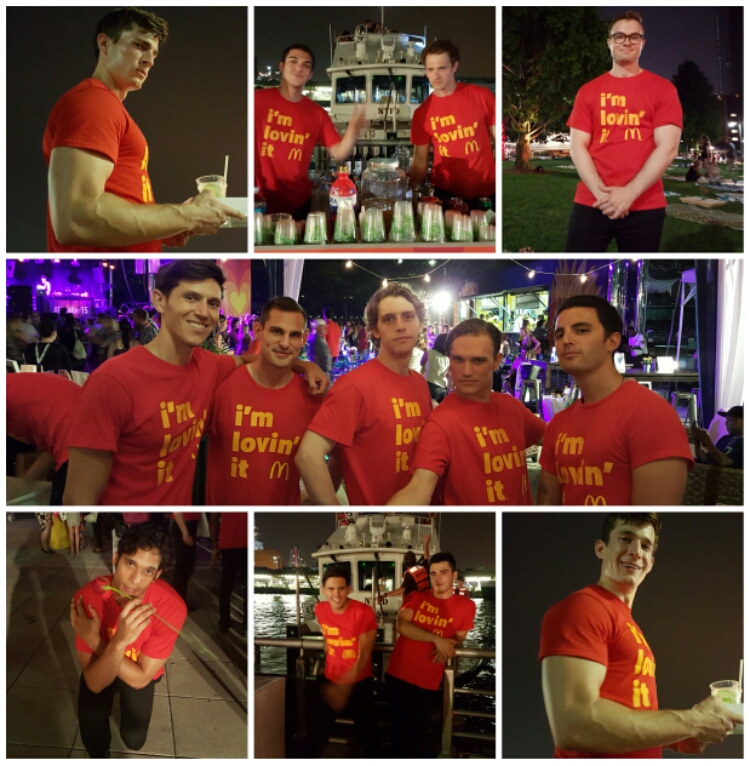 And not one woman there was complaining about it.