How I ended up in the worst neighborhood in Orlando

Umm… Hi. If you’re looking for the post about Mary Poppins, it’s here. Sorry for the error in linking! If you want to hear about crazy magic in Orlando…keep reading.

It had been a busy week of anxiety and blog conference nonsense. Work was stressing me out to the max. I was in the middle of a month of travel (15 out of 26 days, to be exact), having returned from Vegas two days prior to my Orlando departure, and the exhaustion was starting to wear on me. But I was finally having a magical night thanks to some friends and a fabulous twinkle skirt. We were closing down the BlogHer dance party, and some of those friends got together at the end of the evening and said, “You know what, gang? This just isn’t doing it for us. Let’s get outta here and do something crazy!”

I believe it was Mary who suggested we hit up a local private-room karaoke bar that she had googled. It was only a 5-minute Uber from the hotel we were staying at. I hemmed and hawed something about needing to wake up for an early morning press trip to Disney’s Animal Kingdom, but in the end, I decided that I needed a “Yes!” moment. And so I said yes. I went up to change out of my now sweaty AF skirt and finish packing for my flight the next day.

We met down in the lobby a half hour later, and I hailed the car that would take Mary, Kristen, Lea, Brea, and me on quite the adventure.

We had been driving for about 7 minutes when I looked at the map on my Uber app. “Hey uhh, guys…I don’t think this is quite as close as we think it is. We’re still about 35 minutes out…”

It was at this point that we thought it might be best to ask the driver about our destination, an address on Orange Blossom Trail in Orlando.

“Is the area we’re going to an okay part of the city?”

The driver gave a vague answer, at best, but he was hinting that it wasn’t really the best area for a group of women set to arrive just before 11 pm. We kept probing, spending the next half hour debating whether to turn around and find a different bar to spend the evening. By the time we arrived at Q Karaoke, we noticed the area was definitely the type of place we wouldn’t want to find ourselves stranded on a rainy night. Very desolate, few businesses open, and the ones that were closed were barred up. The bar itself was in the middle of an empty-looking strip mall with the neon lights of an exotic clothing store at the helm. The driver offered to take us back to our hotel, but we persevered. 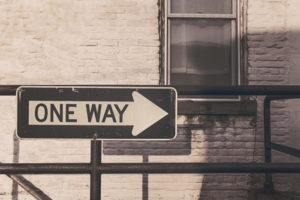 We decided to scope the place out. A few of us went inside, asked about prices and took note of the surroundings. It seemed innocuous enough, and so we opted to stay…until 1:30 in the morning. As shady as it seemed, we had A BLAST. Our little gang of singers had an unbelievable time busting out some of the most ridiculous and amazing karaoke tunes that we could muster. If you’ve never tried private-room karaoke, I highly recommend it. The lights flashing and the room jiving was everything. If my twinkle skirt didn’t make me feel alive this adventure sure did.

As we called our next Uber for the ride home, we were flying high on adrenaline and friendship. A night that surely wouldn’t be forgotten. When our driver arrived to pick us up, he seemed surprised to be collecting 5 30-something-year-old women, and we, of course, asked him about our location. He pointed out a few things that we had missed on our way in (a woman who was likely a prostitute, different establishments, etc) and told us that they called this stretch of road the OBT, known for the violence and crime rates. He even mentioned a recent murder that had occurred.

Welp. We survived that one, guys.

We made our way safely back to the Hilton and hugged goodbye to each other until our next adventure. I proceeded to ask my next two Uber drivers about the OBT, and both were as surprised as anyone that we were hanging out down there. My driver on the way to the airport just shook his head and smirked like I was crazy.

I love saying yes to adventure.