How to Make Your Boyfriend Hate You

If you’re new around here, you may want to start The Grown Up Story from the beginning. But you may not, and that’s okay too. This story stands alone.

The Grown Up and I had been dating for approximately a month when I decided to bring him along to a birthday party for a friend of mine, Brad. He was several years my senior-we were celebrating his 30th birthday, and it was kind of a big deal.

My girlfriends and I had spent the previous year hanging out with Brad and his group of friends, drinking, flirting, drinking, drinking, and more drinking. It was a group of hot messes all dealing with their own version of relationship anxiety (each of us were battling our own volatile demons from relationships past), and in order to forget about them, we drank. A lot. 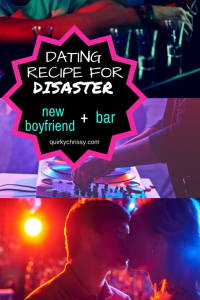 By the time The Grown Up came around, we were all starting to drift to our own spaces and rebuild the worlds that crumbled to bring us together. So I hadn’t actually hung out with this group in a few months. But was anticipating a shit show of a party-one we’d been talking about for a year, and so of course, I RSVPed yes for both The Grown Up and myself.

We arrived for dinner at an upscale bar in the suburbs, where we sat near one of my most lovely, cheerful friends who was SO giddy with excitement to meet The Grown Up. She squee’d and oohed and awwed because he really was smart and wonderful as I had described to her. She told me, as good girlfriends tend to do, I deserved someone this amazing,  and I believed her.

Unfortunately, she would not be joining us for the second half of the evening. And none of my other girlfriends had decided to join us for the epic birthday party to end all birthday parties. So I had a grand total of two actual friends (the birthday boy and his bestie) and several acquaintances to hang out with me and my new boyfriend on a party bus downtown to a bar in Wrigleyville.

Why was I the only one who couldn’t see this was a recipe for disaster?

So we hopped on a party bus, and the Grown Up made quasi friends with some of the guys in the group. If you recall, on our first date he revealed he wasn’t good with people, but it felt like he was doing a pretty damn good job with them from where I was sitting.

When we got to the bar, though, all hell broke loose. There was drinking on the party bus, and then we had a table just off the dance floor reserved for bottle service. For those of you who may not know, bottle service is when they have full bottles of liquor at your table for your group’s consumption. Needless to say, I got pretty fucking drunk. The Grown Up wasn’t a big hard alcohol drinker, so he had a couple of beers, but nothing crazy. 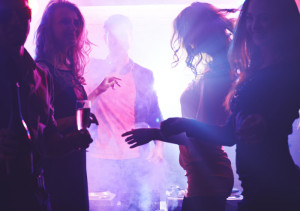 Eventually, The Grown Up returned to our table. I followed, realizing that I wasn’t being the generous, sweet girlfriend that I wanted to be. He seemed, frustrated, but I didn’t know how to respond. So, I apologized. For what, I don’t even know. Was I apologizing for being drunk? For him not having a good time? For not knowing everyone in our group? For my friends who weren’t entertaining enough for him? I just knew I felt awful. And drunk. And feeling awful and drunk is never a good combination. So  I drank more. I sat down on an elevated booth bench that extended out past the booth and The Grown Up stood in front of me, trying to make conversation over the music. It didn’t work out well.

Somehow, whilst sitting (SITTING) on the booth bench, I managed to fall over. I wish I could tell you how. I really really do. But I couldn’t. And I fell. Off the bench. Onto the floor. Like a complete asshole. I wasn’t even showing off that time. I fell down, and The Grown Up helped me up as I apologized. Again and again. We collected my purse, and the items that had fallen out of it. The Grown Up was growing increasingly frustrated, and we couldn’t just…leave because we had taken a party bus to get there. We were slaves to the party schedule.

We left the dance floor area, and proceeded to sit at a table downstairs, where I continued to apologize profusely for my errors. The Grown Up tried to chat with me, but I could tell that I was irritating him. I thought I was going to start crying right then and there. But I didn’t. I braved through the awkward last 45 minutes with my boyfriend of less than a month and got on the bus. I continued to apologize until the moment I passed out in The Grown Up’s arms on the bus, about 2 minutes into the drive home.

On the drive home, The Grown Up was almost puked on. Someone DID puke, just not on him. Someone almost spilled beer on him. He ended up helping clean the bus a little bit. He gave extra money to the person who organized the party to tip the driver extra. And I slept. Like an asshole. And kept apologizing when I woke up.

We left the bus and The Grown Up drove me home. I was supposed to sleep at his place, but he took me home instead. I panicked. And apologized even MORE.

I was a hot mess. I felt sick to my stomach. I had really fucked things up, this time, I was sure of it. What was I thinking?

The Grown Up told me to go inside and sleep it off, that we’d talk the next day. But I couldn’t understand in my idiot drunken stupor what was going on. Was he breaking up with me? I didn’t know. But I was terrified.

Eventually, I went inside. And cried myself to sleep.

I really hoped he would call the next day.

How do you handle problems when you’re drunk? Have you ever freaked out about your relationship because of something you did or said? What’s the stupidest thing you’ve done while drinking?

Click the image for the final story in the tale of The Grown Up. 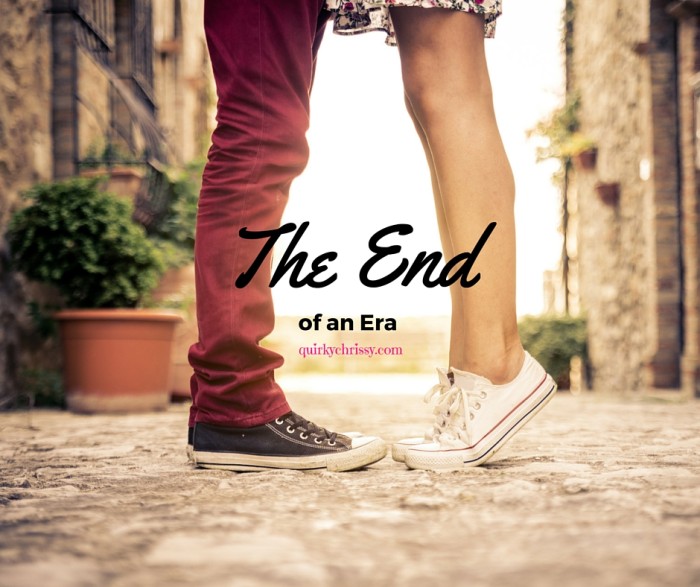